SPECTRAL SCORE is an innovative software environment, which facilitates a new form of interaction between improvising musician and chamber ensemble.Based on the spectral analysis of the timbre of improvising soloist, SPECTRAL SCORE generates an interactive score, which - displayed on a screen - could be sight-red and played (with slight delay) by the ensemble, providing harmonically rich accompaniment which follows the improvising musician.

SPECTRAL SCORE ENSEMBLE (which utilises the software environment) is an ensemble of musicians with diverse musical background. The members are: bass clarinetist Michał Górczyński, who showcased his original extended techniques at Darmstadt courses, cellist Mikolaj Palosz, former member of Conjunto Ibérico ensemble (both of them performed notably at Warsaw Autumn festival), jazz violist Michał Zaborski from renowned Atom String Quartet, as well as few other improvising and even pop musicians.

Aesthetic properties of resulting music combine the coherence of composed music with the freshness and spontaneity of improvised music. Despite the central role of the software, the resulting sound is purely acoustic; only the musical structures are digitally generated.

Spectral Score had been featured at festivals such as Biennale WRO and Kultura 2.0, as well asi in Ewa Szczecinska's Bita Godzina in Polish Radio Programme II 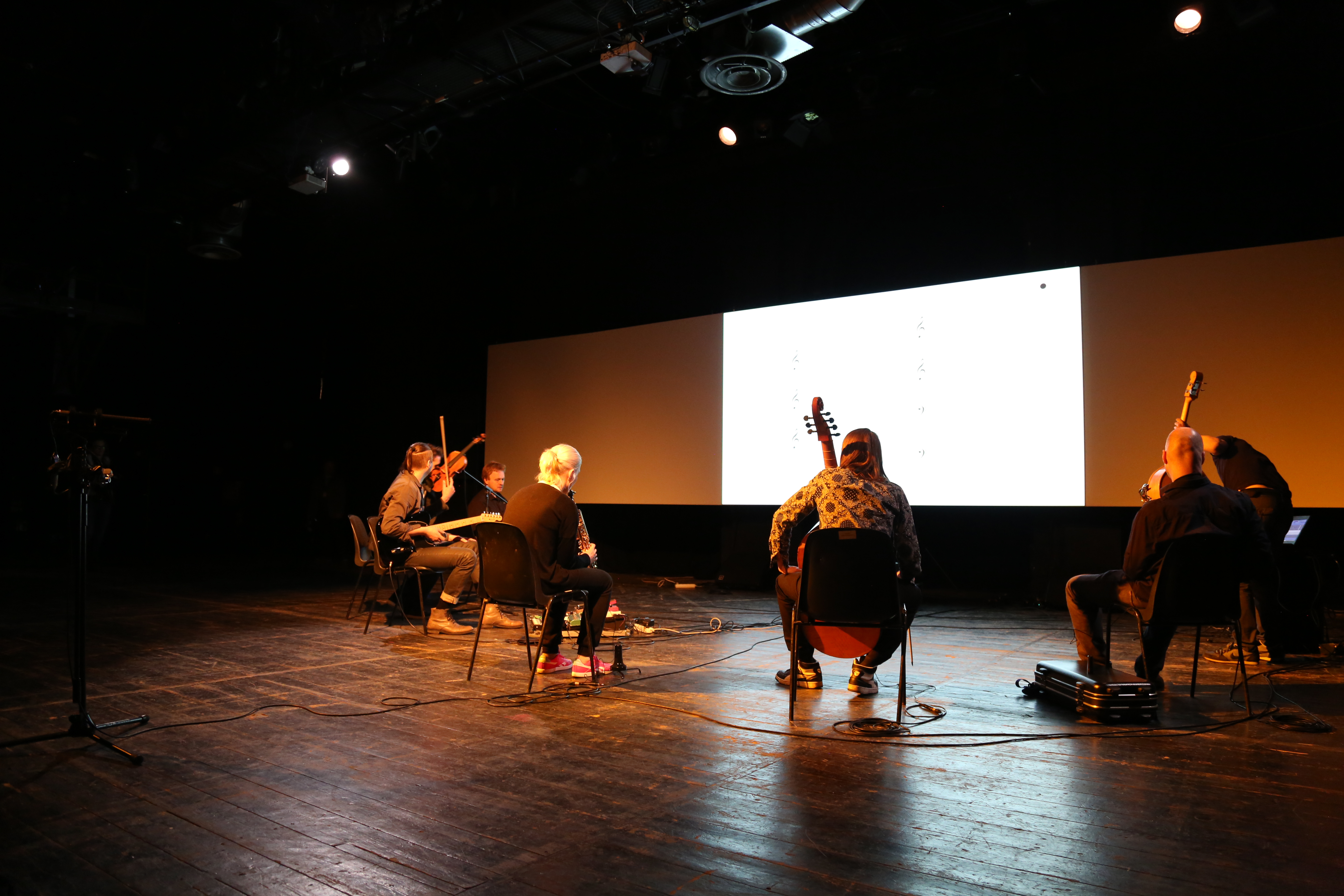 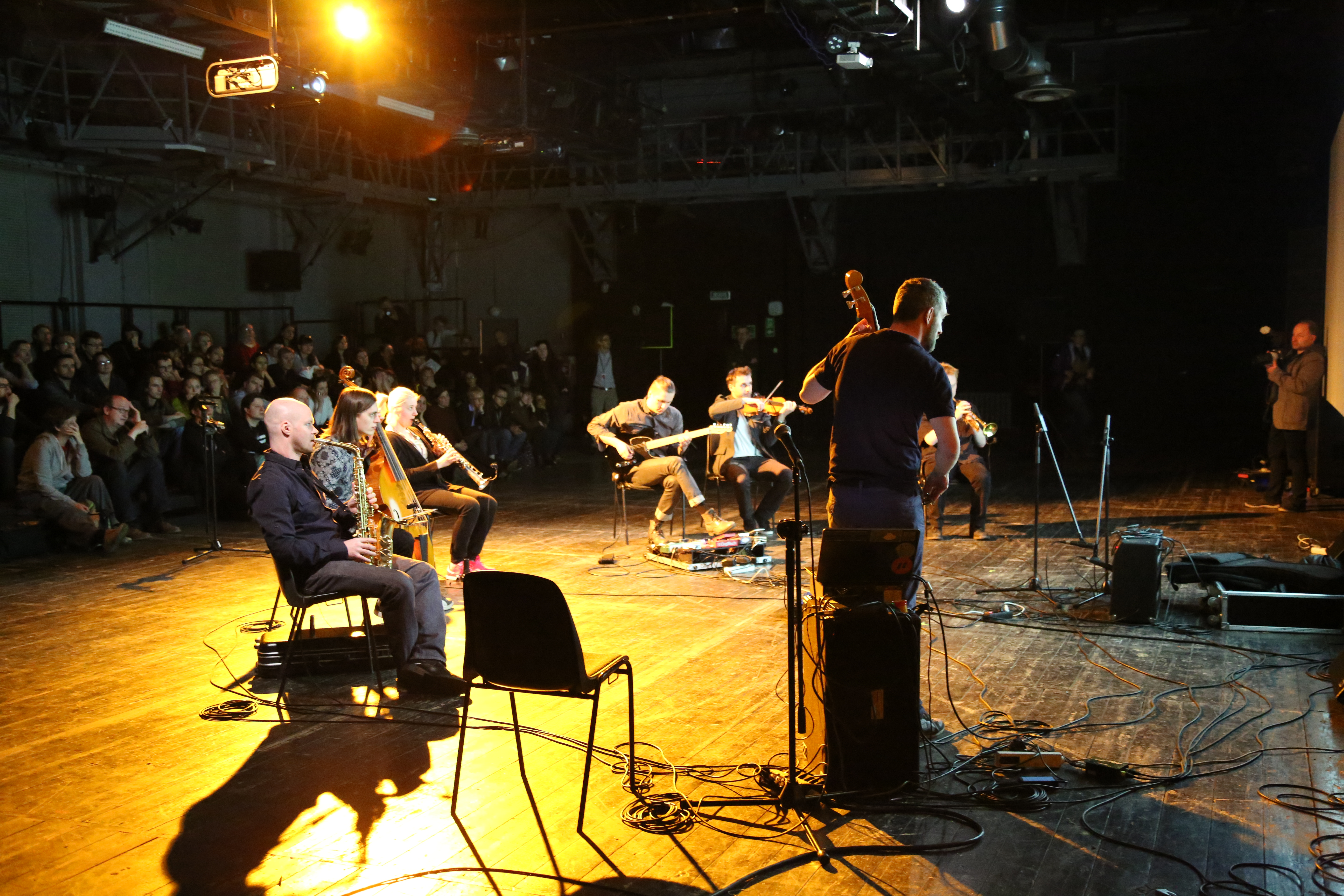 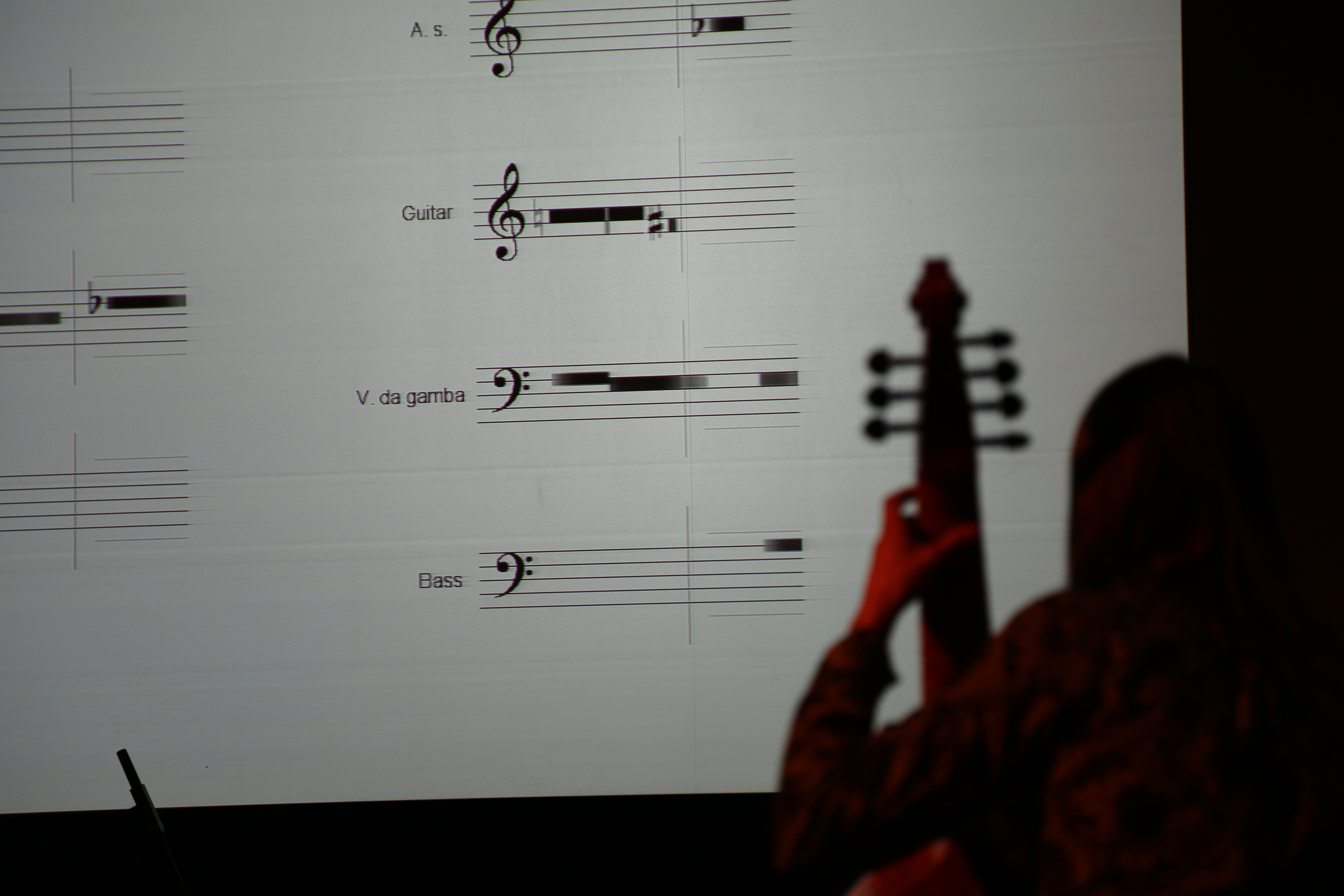