Feedback Synth is a proof-of-concept instrument which aims to control the frequency of acoustic feedback with midi keyboard. The instrument consists of small speaker and microphone, enclosed in polycarbonate box, that create acoustic feedback loop. The speaker is mounted on a pan/tilt head, allowing for 180 degrees movement in two planes. Movement of the head is controlled by dedicated software.

Feedback synth was featured in semifinals of Guthman Instrument Competition at Georgia Tech in 2015 (LINK) and at DNI MUZYKI NOWEJ Festival in 2016.
It has been also mentioned in CREATE DIGITAL MUSIC blog (LINK). 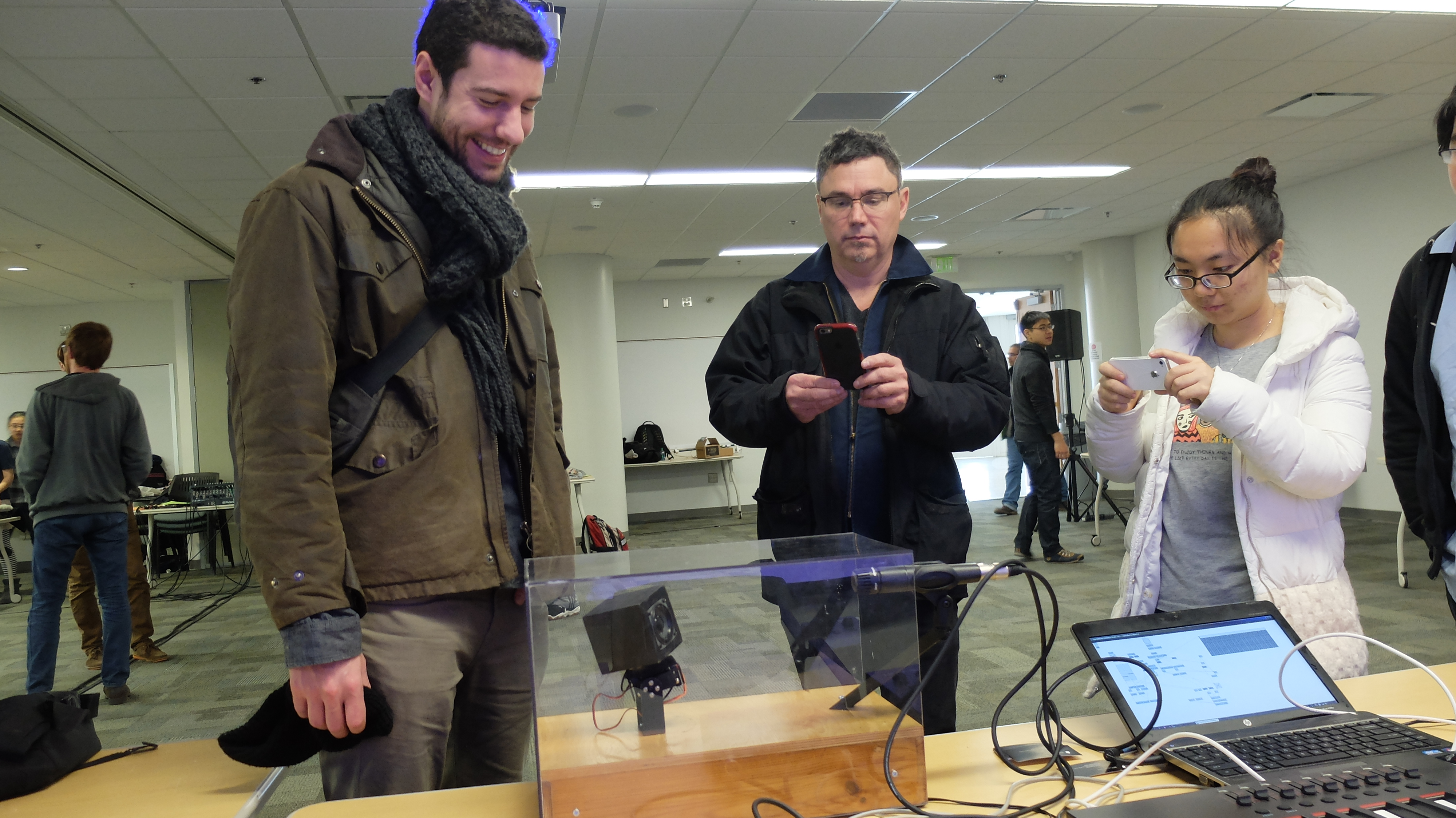