Phojector was a crossbreed between a slide projector and a cellphone. It explored the phenomenon of video feedback as an artistic tool.

Phojector was inspired by Troika's sms guerilla projector, the idea was taken few steps further. The similarity is that it's using the transparent lcd display of cellphone as a slide. But phojector also used the cellphone's built-in camera, which is pointed to the screen on which the projection is directed. The display is showing the picture from camera in realtime, which leads to videofeedback. The phone is further modified by soldering wires to it's board, which lets to control the phone's settings with Arduino. 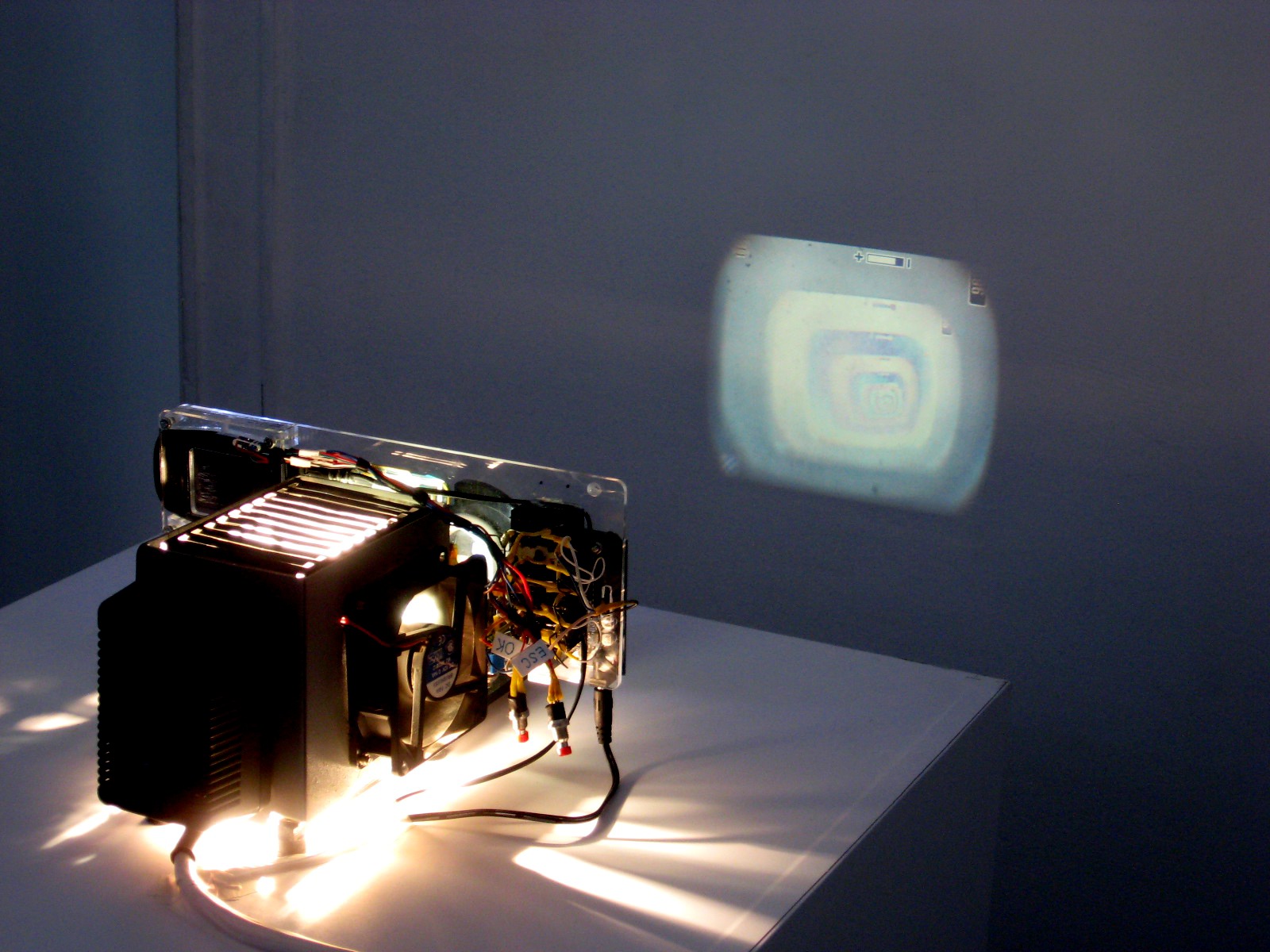 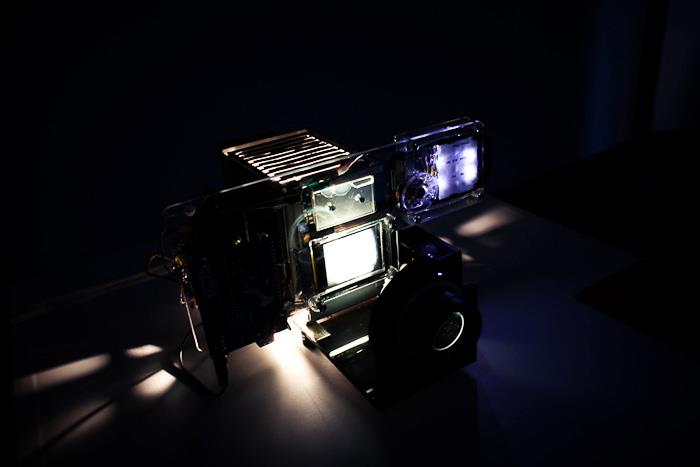 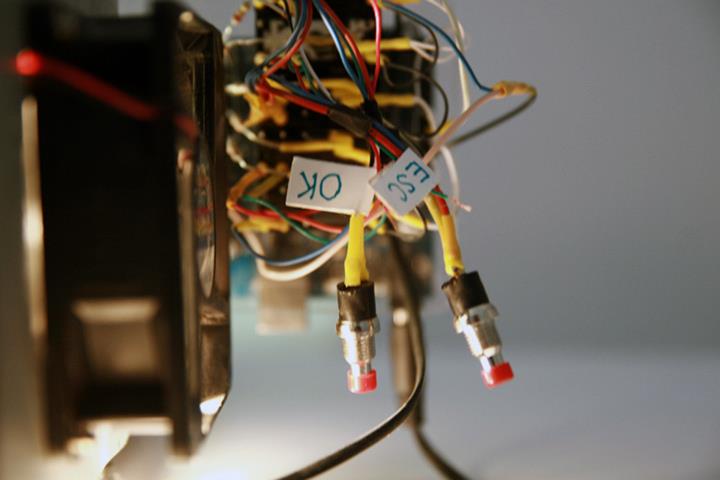