Acoustic Additive Synthesizer is another step - after SPECTRAL SCORE - to create fully acoustic device that could resynthesize any sound by the means of Fourier analysis and resynthesis, thus utilising basic principles of spectral music in realtime. It is in fact small pipe organ, with pitch and volume controlled by a computer. Each of the seven pipes has a motorized slider, which changes the pitch continuously, and a dedicated motorized air valve, which effectively changes the volume of the sound. As the sound of organ pipes is very close to sinusoid, this setup, together with purpose-written Pure Data patch, allows for resynthesis of voice or creating quasi-synthetic sounds. Alternatively, the instrument may be used as a regular pipe organ, but with ability to play glissandos or any off-the-12TET microtonal pitches.

First version of AAS was commisioned by INSTALAKCJE 4 festival in 2015 - it was an interactive installation version, powered by motorized bellows and "hobby" rc servos. Second version was a part of AARON S multimedia opera, commissioned by Warsaw Autumn festival in 2016 - this version uses a blower and professional "robotic" servos, and is in general much more compact, portable and reliable.

AAS received honorary mention at Prix Ars Electronica in 2017.
It was also featured in semifinals of Guthman Instrument Competition at Georgia Tech in 2016. 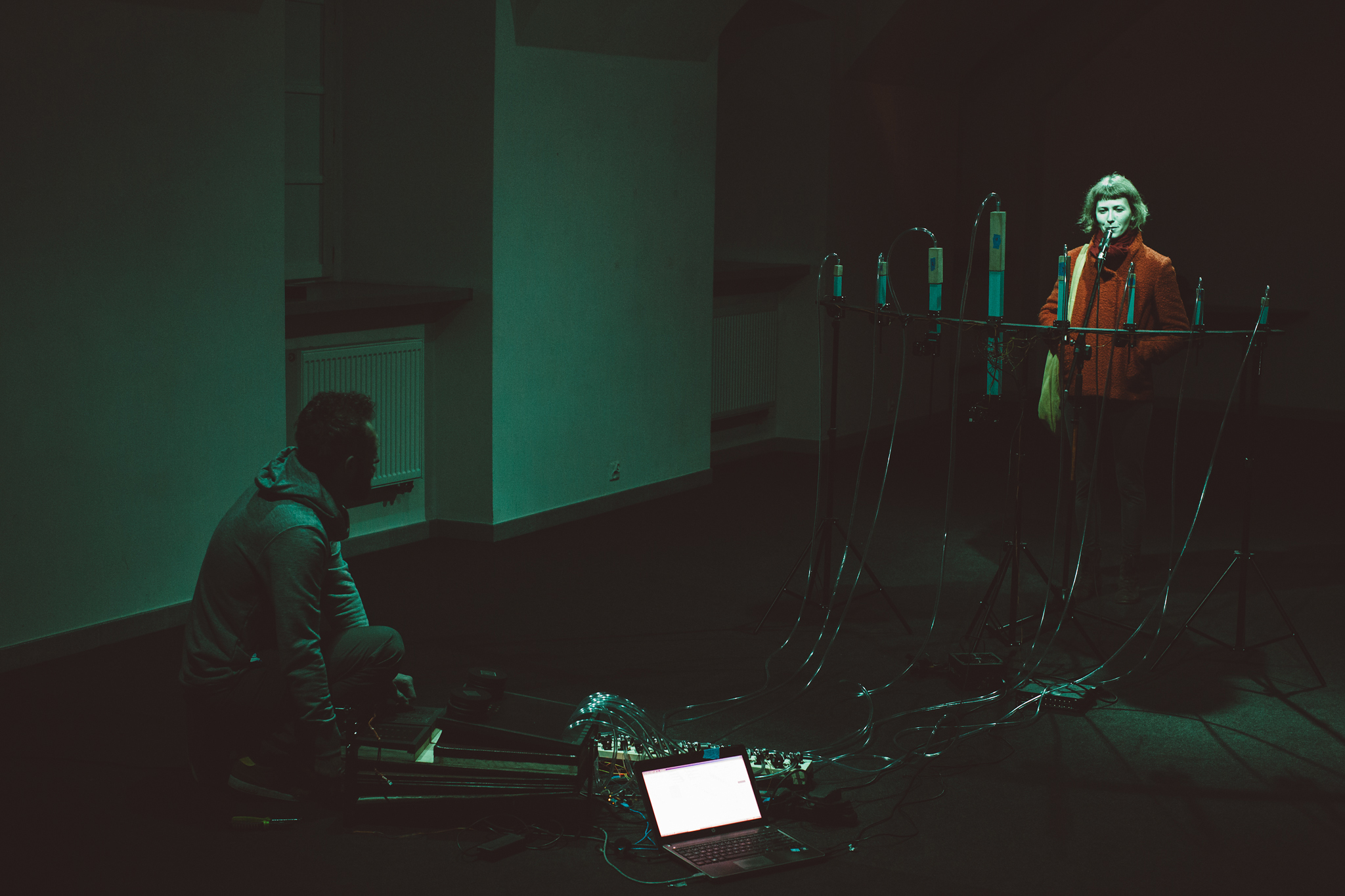 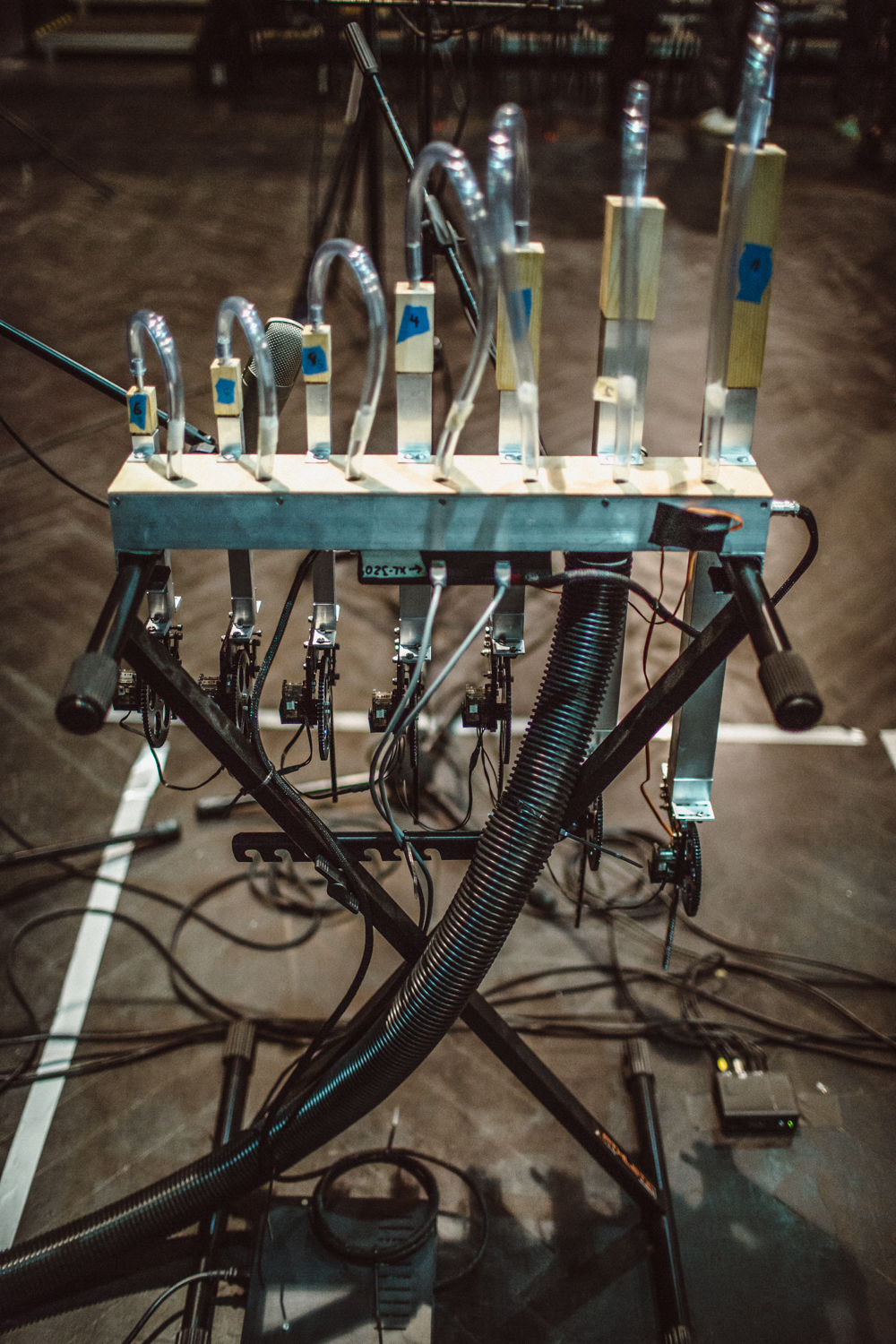